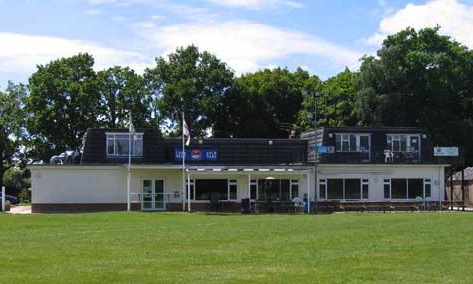 Parley Sports Club dates from the 1940s when local sportsmen returning from the war founded a football and cricket club located on parish council land. As the club grew it developed into one of the most successful Dorset football clubs winning the Dorset Combination League on a regular basis throughout the 1960s.

The cricket club progressed throughout the 1970s and 1980s, moving from being a summer sporting outlet for footballers to being a strong Division One presence in the Bournemouth League. In the late 1980s the cricket club joined the Dorset League where it rapidly progressed through the divisions. Amalgamation with Springfield Amateurs C.C. in 1993 gave the club a presence in the Dorset Premier league along with the introduction of several strong players. Further amalgamation with Monty’s C.C. in 1996 gave Parley a strong organisational and youth infrastructure.

In 2000 Parley became Dorset champions for the first time, going through the season unbeaten. Following this the club has built its youth structure to the point where the club is able to field a number of very successful teams at every age group. In subsequent years the success of its youth teams has been remarkable. In 2006 its under 15 team won the Portman Under 15 National Club Championship after a memorable sequence of wins. The core of this team have stayed together and, in 2009, justified the club’s youth policy by winning the Dorset Premier League championship; the youngest side ever to do so.

As the club continues to grow it looks forward to extending its success and proudly notes the achievement of David Payne in progressing from its youth teams to success in the England under-19 team and Tom Barber touring with the England U19s this winter. May they be the first two of many.

We welcome new players of all ages and standards, please feel free to contact us or come along to a training session.

I cannot rate this venue highly enough! From the outset, Mick the owner/manager was extremely helpful and prompt to respond to all of my queries. We chose to have them cater for our party to save us the hassle and stress of preparing our own food and we were not disappointed! The buffet was a lovely mixture of hot and cold and went down a treat with our guests. The staff were very friendly and a special mention goes to Connor who did a great job of serving our thirsty guests along with his fellow bar staff. We had a fantastic night and send a massive thanks to all at […]

I came here with my 2 kids (8&6) and their dad for Sunday lunch. The decor was classy and serene, very nice and relaxing. The staff were friendly and approachable and I have to say, the roast dinner was the closest to a home roast that I have experienced dining out. I would definitely recommend and I will definitely come again.

This was very much last minute dot com; we contacted the management team and without hesitation accepted a booking for 14 people to sit down for Sunday roast; the experience from this point forward was not disappointing; the attentiveness of the staff, the professionalism and skill of the chef and his crew helped deliver a feast to be remembered. Outstanding…. Well done and a big thank you to you all. We are now regular visitors on a Sunday and the quality of the food remains consistent…. Outstanding

“We had our wedding here and it was amazing! The staff were wonderful and met our every need. A big thank you to Jim, the food was lovely. Couldn’t have asked for a better day X”

A huge Thank you to everyone at Parley Country Club, we held our wedding reception there on the 20th November which included a blessing and it was all we want and a whole lot more! The staff we amazing, the food was delicious and an absolute bargain, and everyone couldn’t have been anymore helpful and friendly… Highly recommended 🙂 Thank you so much again